Guidance Through The Dark Night of The Soul

Mysticism is the practice and experience of communicating with God through the mind.  In meditation, prayer, and imagination, in mysticism one leaves behind the world of natural laws, bound by space, time, and often prior expectation, and enters into the realms of the supernatural.  As with spirituality, mysticism does not require one to be part of or follow a religion, but for the mystic, there is an immovable intrinsic belief and communion with God, and relentless pursuit for the attainment of unity with the Divine, sought before and above any earthly possession.

‘Truth, is the absolute absence of deception’
Carole Sawo

We have laws in our societies, regulating the conduct of moral behaviour.  We know about scientific laws, based on the observations of natural forces. There are universal laws, principles that govern the consciousness of human beings.  Then there is Law, and that Law is God.   The word ‘mystic’, originates from Greek, mystēs.  Translated as ‘initiated person’.  Mystics in human form, leave behind the land of the corporeal and enter into unity with the immaterial through contemplation, discipline, solitude, sacrifice, and surrender.  In union with God, they receive secret ineffable universal knowledge.  Mystical information cannot be translated into any human words, and it is often down to the mystic to interpret those given words into the language of the day.


The mystic enters into altered states of consciousness, experiences divine ecstasies, extreme torments as they proceed through the mansions of the soul.  A journey into spiritual union written about and taught by the austere mystic and Spanish Carmelite nun, St. Teresa of Ávila, in her works on The Way of Perfection (1583), The Interior Castle (1588), Spiritual Relations, Exclamations of the Soul to God (1588), and Conceptions on the Love of God.   Spirituality can be a chosen subject, by the mystic is themselves, chosen.   Authentic mysticism is not a passing enquiry, it’s a lifelong dedication to perfecting the soul through etherically guided self-discipline.  The mystic is called directly by name, and the one who calls them, is God. 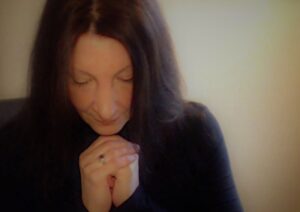 The spiritual journey begins in images of light, but the mystical perfection of a soul necessarily leads us through the dark night ~ a place of psychological and spiritual crisis.  In truth, the word crisis has a double meaning, it also means opportunity. Alone and disoriented in the labyrinth, we can become lost in disillusionment, not sure if we are losing or winning our mind – our soul.  But with mystical guidance, our journey through the dark night can be one of soul expansion and revelation.

Pandora’s Panacea
~ Holographic Works of Art   Follow The Path Through The Psychological / Spiritual Energy System, from Chaos to Higher States of Consciousness.

Copyright © 2023. College of the Mind. All Rights Reserved.