Psychoanalysis is a subset of Freud’s overall Psychodynamic Theory of personality development and organisation, in which he describes, amongst other great writings, States of Consciousness, Dream Analysis, Free Association, a Structural Model of the Mind and Psychosexual Stages of Development.

Beginning his research as a biologist, it was Freud with a fascination for mesmerisation who theorised that the mind had other realms to it that are not entirely conscious.  Often referred to as the subconscious or unconscious, the non-conscious part of the mind is thought to make up around 90% of our entire mind. In Psychoanalysis, phantasy is spelt with a ‘ph’ and it is thought that in our subconscious, below the reach of our conscious radar, exists all of our secret phantasies, fears, anxieties, wishes, desires and childhood memories, that may all be having an influence on our behaviour, perception and experiences today.  Not known by most people, in fact Freud’s model includes a pre-conscious barrier that sits between conscious and subconscious states, making up a tripartite model of the mind.

In the Structural Model of the Mind we find the Id, the Ego and the Superego, all of which have a crucial part to play in mind dynamics.  Freud suggests it is through conflicts between these three elements that personality is formed – primarily in childhood.  And that it is our childhood experiences, transferred into our lives today, that continue to have an influence on our behaviour.  Most noteably, Freud believed that any unresolved childhood issues would show up in adulthood as phobias, fears and anxieties.  The mind also displays a host of defence mechanisms put forth by the ego, all designed to keep reality and phantasy apart.  Again unknown to most, the ego boundary that exists around the mind is that which needs preserving at all costs and it is the strength of the ego that protects the mind and facilitates later enlightenment, not the weakness and decaying of it; which can have devastating consequences to someone’s psychological health.  In conjunction, the Psychosexual Model of Personality Development discussing the Oedipal and Electra Complexes, chronologically describes our psychological development through childhood and is still a very influential theory accounting for much of the behaviour we find today. 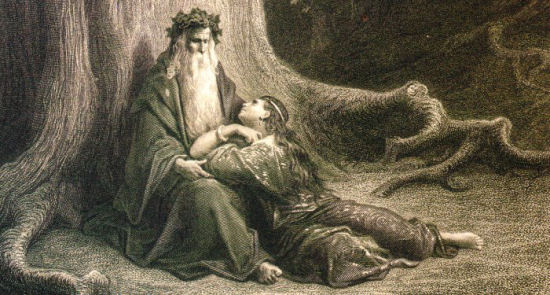 Once a student and friend of Freud, the eminent psychologist Carl Jung, who embraced a more philosophical and etheric element to his theories, developed Analytical Psychology, that leads us into the fascinating archaic realms of Synchronicity, Archetypes and the Collective Unconscious.