Psychology is the study of the human mind and behaviour, it is about ‘what’ the mind does, how the brain functions and how we process, organise, and store information known as stimuli. Psychology is classed as a science because whilst we cannot see inside the brain, without the use of scanners, we can objectively observe the way the mind works by studying human behaviour. In experiments we monitor people’s responses to tasks, such as reasoning, calculating, recognition, word association, and memory, and from the scores or results, we can gain an idea of how people’s brains function and how their minds really work.

The Mind, often referred to as ‘the seat of human consciousness’, is the intellectual component that enables us to be aware of and experience our world. It is that with which we mentally process stimuli and that which enables us to think, reason, plan and make sense of the world around us. Some people believe the mind is the ‘thinking-feeling’ element of what we know as ‘I’ but there is no conclusive definition of what the mind is. Similarly, there is no collective definition of what ‘normal’ is. There is no such thing as normal, which can come as a huge relief!  In fact in Psychology, the word normal is not used, since we know that what is normal to one person is not always in common, and is therefore not normal to another.  We have different experiences, different upbringings, different thought processes, belief systems and ways of associating information perceptually and neurologically, and one size called normal, does not fit all.

Brains, give-or-take, are roughly the same.  They can be analogised with a car.  Even though the roads are full of different shapes, sizes, makes and models, cars require similar parts and can be seen to work in similar ways.  Just as the brain contains different capacities, it too requires similar parts to work in similar ways, all tucked neatly beneath the hood of the skull.  We are similar creatures of electricity and when the electrics blow, due to driving on overload too fast or for too long, and forgetting to restore and replenish, we can certainly break and stall also.  In both the brain and the car we need to take care of what is beneath the hood; to put in the right oil and nutrients, to ensure enough water is in the system, and to check the components stay in good clean working order at the hands of a good driver, or a skilled mechanic who knows how to maintain or restore them! 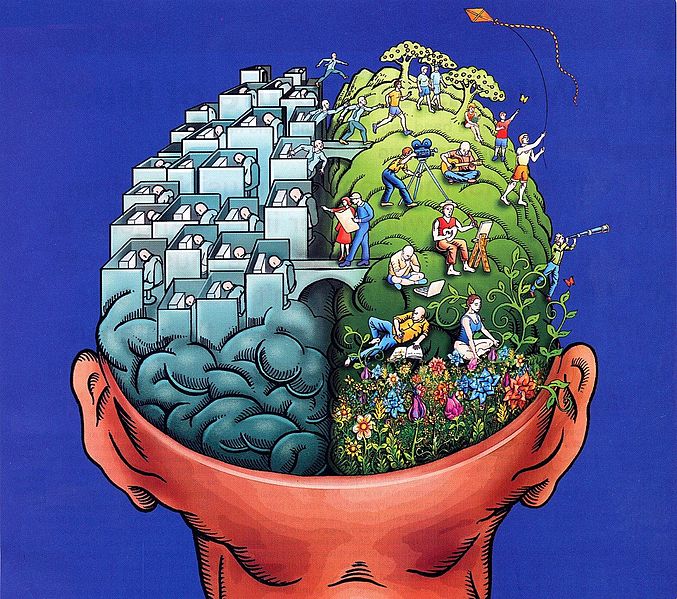 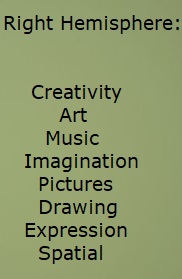 The brain can be divided further into four lobes; the Frontal, Temporal, Parietal and Occipital lobes, that all deal with different functions; 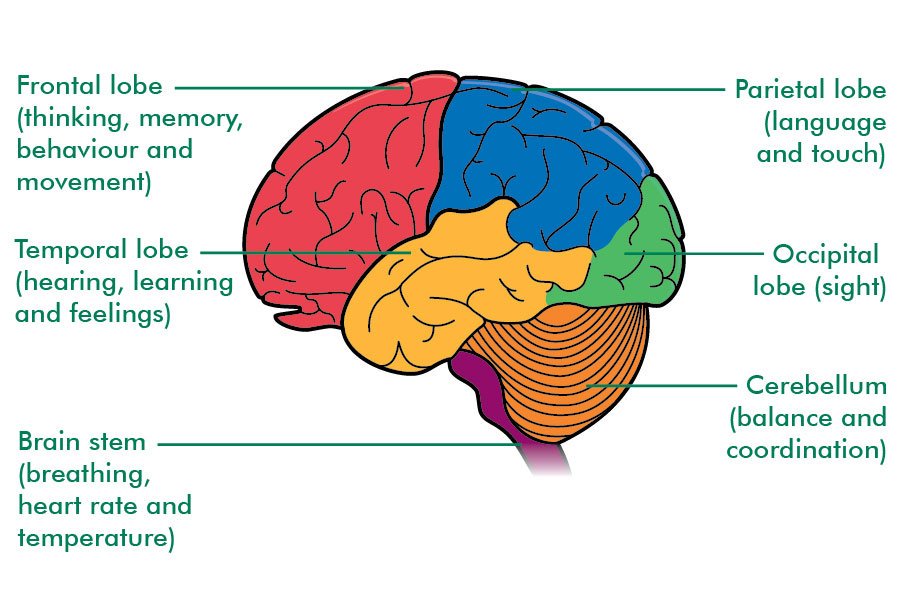 From numerous studies and scanning techniques, we have mapped and currently understand that certain parts of the brain are involved with certain body and mind functions. This is known as somatosensory mapping.  Below is a diagram of the brain and a small glossary of key components within the brain and what they are involved in; 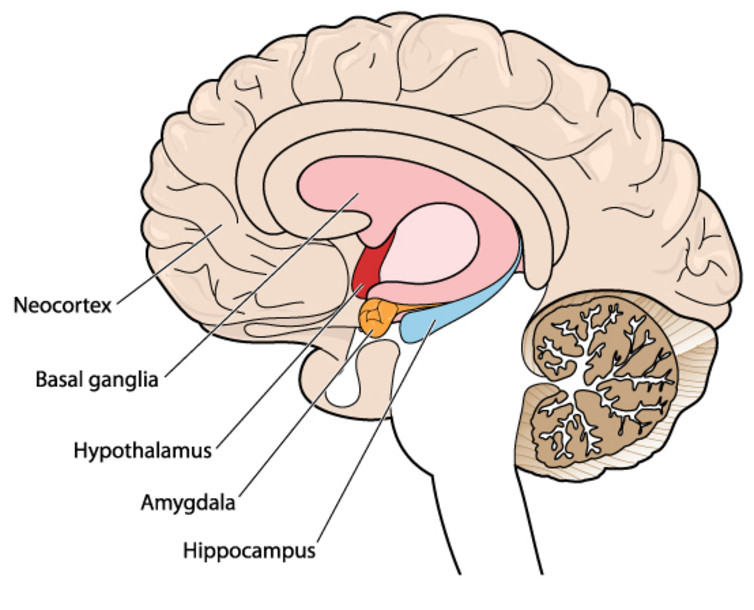