Why do people commit crime?  What is it about the criminal mind that is so different from others?  Are some people just born killers, with innate biological psychopathologies from birth, or are they made by their environment, in fractured deprivation and social chaos?  When we are taught not to harm others, why do some people cross the psychological, moral and mortal Rubicon?

For everyone intrigued by the fascinating world of Forensic Psychology, this entirely unique opportunity to study with an experienced analyst is taught straight into your own home.  With monthly lectures on the most fascinating areas of Criminology, Psychiatry, Forensic Science, Psychology and Psychoanalysis, you will be entirely captivated throughout, as you explore in-depth key features in forensic psychology and learn how to analyse the criminal mind, crime scene, and notorious case studies.

New lectures are broadcast on the third day of every month.  After which, all subscribing students to the series, will have unlimited access to the lecture throughout the month, with the opportunity to ask questions and access the private membership forum.

Course Syllabus
What will you learn?

*  Some course material may be considered explicit or graphic in content * 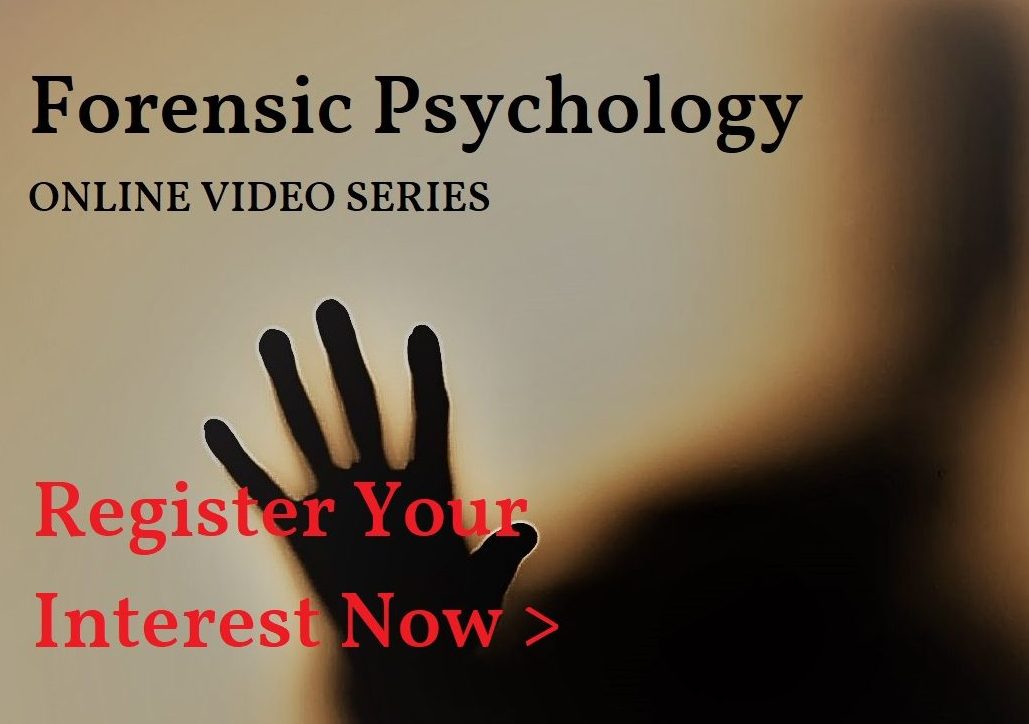